Living the Pantry Lifestyle - How Ebola might affect us 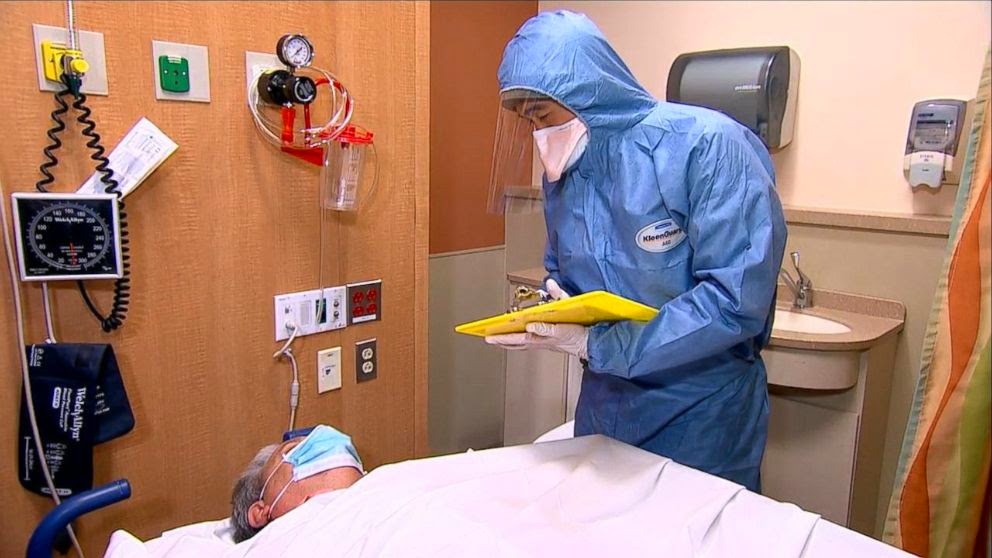 My daughter and I were talking about the Ebola situation in Dallas recently.  Mainly because a friend of her husband's family is one of the two American doctors who contacted the disease and were brought back to America.

It became a blip on my radar when the local newspaper had a front page story of Universities monitoring students from that part of the world where the outbreak has occurred.

So I decided to learn a little more of what some favorite news guys were saying about it.  You know... the places online which talk about the "news behind the news" and all that.  Places where discernment is needed but where they often have sources of information not available to people like myself.

I told Stephanie that after listening to a couple radio programs (and then only the first half hour or so since I didn't have the time for more), what they were saying was much as I thought all along.

The first being that an Ebola outbreak is more possible than the CDC was saying and that law enforcement officials and hospitals throughout the country were encouraged to prepare for possible cases.  The second point I took away from my listening was... what was the most likely scenario for the American public.

Both of which was entirely what I already suspected.

The statistical chances of an average American contracting Ebola would be very small.  Much more likely is the scenario which is possible for any pandemic.  That would be forcing people to stay inside during an incubation period.

Think it not possible?  I'm certain the family of the Dallas Ebola patient that died thought the same thing and now they have armed guards (at least they did the last I saw any photos) by their door.   Not to mention there is a precedent in past influenza epidemics in cities.

Now, I know the chances of myself or most blog readers having a family member arrive from Liberia carrying Ebola is pretty much nonexistent.  But a family member arriving to visit a University student who unknowingly carried the disease... improbable but worth the consideration.

The preparations for having to remain indoors in case of a pandemic is really no different than what we do in my part of the world to prepare for winter storms and blizzards.  For both force most people to stay inside.  The main difference would be that after a blizzard, one could get around on skis, snowshoes, snowmobile, or possibly a 4 x 4 vehicle.

In a pandemic, it doesn't matter how you could get around.  You will not.   And that is a good thing in the long run for wherever a pandemic could break out, staying in your own home may keep you healthy.

Am I concerned?  Not at all.  I'm more concerned about winter storms than Ebola.  Especially if we have another winter like we did last year.  But the preparations are the same for my household.  Have on hand what is needed should we be housebound for awhile.

Should you be in a position which bring the statistical chances higher... such as a first responder like police or fireman, a hospital employee, an airline employee, a missionary in that part of the world, etc.  Of course, then you need to be educated on taking further precautions.  I'm certain that is going on already.  At least one would hope so!

I remembered a good article that was written when the Swine Flu was going around and I found it in my archives.  It was written on the Simple, Green, Frugal Co-op website which is now defunct but thankfully their archives are there.  That link can be found below.

As with all such things, we always trust God and not fear... but simple preparations are wise indeed.

ABC news story (from which above photo is taken)... here.
Posted by Brenda@CoffeeTeaBooks at 11:34 AM

My husband has a Pediatric practice here in Dallas. I work with him as the practice manager and medical assistant. Our office is in a professional building attached to a hospital a couple of miles from the one where Mr. Duncan died. I do worry about one of his family members or friends coming in through our ER. I've been very reliant on our freezer and pantry, not heading to grocery stores or restaurants during this crisis. I'm glad we were prepared. 3975

'Just in case" then it is another reason for your pantry! :) If I and to stay inside I might as well eat well! Even with the flu season soon apron us this is a reason to have some stock ups and also medical supplies you would need for that. And also some things to entertain the kids and grown ups too. Brenda, I am just echoing what you've said to us !! :-) Sarah

Ahhhh...the voice of reason here. =D I would not fly these days so I guess that I am the fearful one and I am extremely concerned by the enterovirus affecting children, especially now that the cases have spread so much.

We've been talking about this and praying for wisdom about how to prepare our family for the possibility, especially considering my immune issues. I'm glad you've written - and given sources - it goes us more to discuss and plan. I am praying that the fear of this and the losses that people face will somehow draw them to God who alone can give peace in the midsts of any storm.

I'm reminded of that solid phrase: Hope for the best, but prepare for the worst. Or at least be paying attention. I know you read Alexandra Stoddard, so I was saddened to read she lost her husband in late September. There's a link to her comments in her newsletter on my blog, or just do a search for his obit. She will miss him. Well, thanks for always making me think, Brenda! Blessings, Bess

Very good thoughts, Brenda. Another great reason to be prepared.

It's important to do our best to stay healthy so we can stay away from the doctors office and hospitals as well.

We just keep on with our quiet lives here and trust God with it all.

Excellent post! I don't think the majority in this country realize the potential danger Ebola is to the US. The day Mr. Duncan died we had 3 Africans walk through the school where I work speaking to the children. They had just flown in to the country the day before. No one thought to consider this a threat. People fly in out of this country every hour. I am afraid the worst is yet to come. Getting prepared should be at the top of everyone's to do list. Thanks for the links too. Great information.

Lisa
The Way Grandmama Does It