Comments and Conferences and Computers 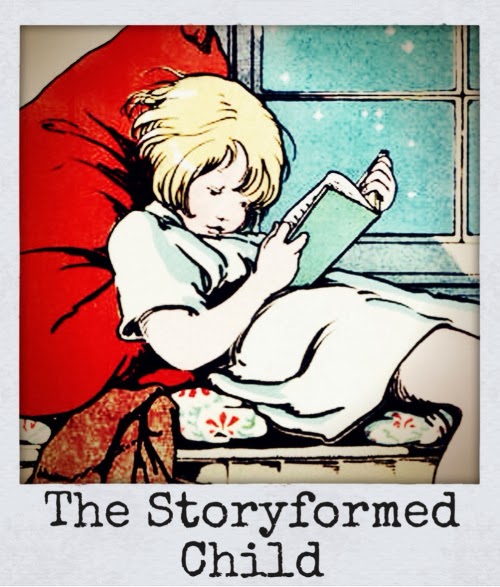 If you live in or close to the New England area, you can get information about The Storyformed Child conference by clicking... here.  Sarah Clarkson is offering a copy of her book to everyone who registers in February.

It is always good to see people from the blog comment on I Take Joy as some did yesterday.  I think since Mom Heart and Sally Clarkson's personal blog were merged into one, it is a little easier to comment there.

The two were merged last fall to make it easier on Sally, especially since she celebrated her 60th birthday and needs to slow down where it is possible.  I call her the Energizer Bunny as I have no idea how she keeps up with it all.

I've had a few comments that people didn't know I wrote for Mom Heart/I Take Joy.  Sally became a friend years ago, we got to know each other through e-mails and then when she was speaking at a conference in Hartford, Connecticut...  both families converged on my daughter's house for a weekend.

Did I mention that my son-in-law is a saint?  Well, except being a Patriots and Red Sox fan and all that.

Sally wrote an e-mail to a few of us when she was thinking of starting the Mom Heart ministry.  If I may be forgiven at name dropping, the other two were Elizabeth Foss and Ann Voskamp.  Yeah, that is extremely good company.  I was greatly and humbly honored.  Is that an oxymoron?

As an aside... some of you have heard this story but I will repeat it for new readers.  My daughter was wrapping up some projects at her home and doing deep cleaning before we all arrived.  This was when they lived in their smaller home, too!

Her friend asked why she was doing it as, "It isn't like Elizabeth George (the other speaker) or Sally Clarkson are actually coming to your house".  Somehow she'd forgotten to mention who was coming to spend the weekend besides us.  :)

Sally was such a good sport.  She took part in surprising Stephanie's friend that evening with a visit.  We all laughed at the look on her friend's face.  She was delighted and horrified at having someone she respects so much at her home... with no chance to clean it.  But it looked fine.

So I've been with Mom Heart since the beginning.   It is such a wonderful way to reach moms and each writer seems to bring her own unique message to the table.  They are all precious women of God.

Now... I plan to be back tomorrow with a My World this Week.  I hope.  Hubby is working on our taxes and has shut the office door most of the time.  I am writing now while he breaks for lunch.  The only other inhabitant of the house who is allowed in is Her Fluffiness, who curls up on the second office chair. If she tries to get close to the computer, she is also banned to the living room.

So if a post is due and does not appear, even over the weekend, you will know I had little access to the computer!
Posted by Brenda@CoffeeTeaBooks at 12:32 PM

I would say that Ann Voskamp and Elizabeth Foss are in good company as well!

I agree with Deanna...totally! That's is a fun story and I'd have enjoyed seeing the expressions. Hope that they've changed from pure horror to joy.