Of books and missing colcannon 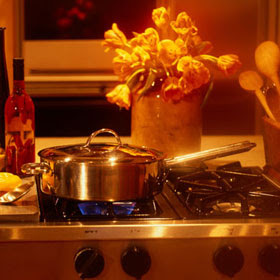 Brrrrr... I awoke this morning to freezing rain and fog.  It is rather difficult to believe that last year this time we were in the midst of a record breaking heat wave with highs in the mid-80s.

However, Spring will arrive in its' own sweet time.

I remember one year when we lived in Holland, Michigan and there were light snow flurries as we walked back to the car from the Tulip Time parade.  Nothing sticking to the ground, of course, but it was still snow on the tulips in late spring.

I've decided rather than fight nature, I will take advantage of the cold week ahead with the making of soup, the sipping of hot beverages, and the reading of a few books.  For quite soon the warm weather will bring with it a lawn and garden To Do list of mammoth proportions.

I had planned to once again make colcannon for St. Patrick's Day dinner but hubby has been ill this past week with upper respiratory and flu symptoms.  While he is on the mend, the thought of cabbage and potatoes... together... didn't appeal to him.

He's been requesting buckwheat pancakes for awhile now so they appeared in the form of dinner instead of breakfast... something he found easier to eat than my planned meal.  We will have colcannon (which we usually love) another day, the cabbage and potatoes will instead become part of "Midwestern boiled dinner" tonight. 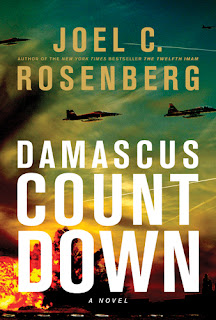 As for books... I stayed up quite late over the weekend (or should I say early in the morning?) finishing Damascus Countdown on the Kindle, which is the long awaited final book of a trilogy by Joel Rosenberg.  It was worth the long wait while he wrote at least one nonfiction book before finishing the trilogy (how could he!!!?).

Brilliant book, wonderful ending... but a real nail biter from start to finish.  Rosenberg is a master of the "what if" scenarios, which you may know have actually come true quite often.  In this case, the storyline is basically Iran and Israel at war with the hero being an American CIA operative who has become a Christian.

This book can be read and appreciated on its' own although the first two books of the trilogy provide (obviously) a lot of background for what is occurring in this novel. 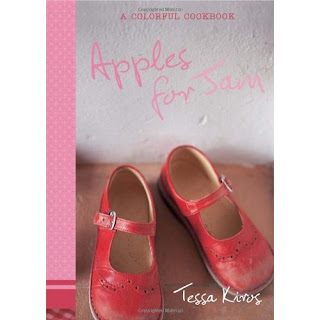 I've also been perusing and appreciating Apples For Jam, one of the cookbooks by Tessa Kiros that I love.   It is a beautiful cookbook with lots of yummy recipes.

I owned it at one time but sent it to my daughter for her to enjoy.  I was able to find a used copy at a very reasonable price... a special thank you to Martine!

Deanna, the Laura Childs' book I'm reading is Agony of the Leaves.  Hehehe, the title on the picture I showed in the last "My World this Week" was just out of sight.

The librarian at the County Library said there is a new brand new title available so I looked it up, it is called Sweet Tea Revenge.  I'll have to put it on hold, I love her books.
Posted by Brenda@CoffeeTeaBooks at 12:57 PM

I live in Hamilton, Michigan-south of Holland. Last year because of that warm weather spell, there were very few tulips still blooming for the Tulip Festival. It was a shame. So far so good this year.

You're so wise to try to embrace the cold weather rather than fight it...which is, of course, impossible. :-)

I'm trying to do the same thing here in Lou.KY, as we enjoyed a lovely outdoor party on Saturday, followed by sleet, snow, and a biting wind yesterday. Similar weather to continue all week. I keep reminding myself how much I love snuggling under warm blankets, wearing my favorite sweatpants when I'm in for the day, and having an excuse to drink lots and lots of hot beverages. May as well ac-cen-tuate the positive, right?

I'll have to ask my sister-in-law about colcannon. I've never heard of it, but since she's a transplant straight from Ireland, I'm sure she'll be able to provide the perfect recipe for me. It sounds delicious!

Bad weather here too...but we know it will change eventually!

Thanks for the title! Ah! I love this series she's written. Those are a few titles I haven't read yet! Hurray!

We have many Joel Rosenburg books too. I don't know if we have all of this last trilogy - I'll have to check as Tim likes his books very much.

Hope your husband is on the mend....these things can linger. I'm sure your taking great care of him!

It's been cold here too. My crockpot is full of soup --- parsnip and cabbage with carrots, onions, and green peppers. It's really quite delicious in a unique sort of way. I hope the weather warms up soon, as my to do list is about as long as yours sounds.

We just received Joel's latest book last Friday. My mother read it over the weekend and now my husband is reading it. I am trying to be patient!

Awoke to whiteness everywhere this a.m. in Northern New York. Just have to accept it and make soup:)

I'm a new follower, and glad I found your blog! I love hearing what you're reading. That is such a great attitude, to savor the season you're in ... everyone here is bemoaning winter, but for some reason it doesn't bother me. I love the beauty of the snow and in fact, I'll miss it soon when it's gone ;) Glad you cozied up with a book and enjoyed the cold.

I can almost forgive the tardy spring as it brings the excuse to continue making soup!

I love Joel Rosenberg's books, and can't wait to read this latest one in the trilogy. I have to be careful when I start them though, because it's too hard to put them down once started.