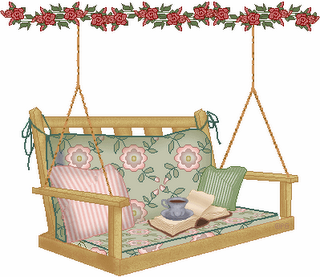 I ended the day yesterday with chili for dinner and leftovers... as well as bean soup for a later dinner, beans for chili, and bean soup in the freezer.   Like so many in the comments, I don't know why I haven't used dried beans more often.

I once read that you can soak them overnight, drain them, and then freeze immediately to cook later.  Has anyone tried that?

I also had a 2-1/2 pound package of ground beef, far more than I needed for chili.  So I browned it all at once and divided it into thirds... one for the chili and two small ZipLock packages tucked into a larger ZipLock package in the freezer for later use.

Hubby had brought home a can of the new Progresso Recipe Starters (Fire Roasted tomatoes) from the food pantry so I used it as the base of the chili, adding more canned tomatoes.  I am not always a fan of such items but this was very good.  I'd use it again.

As I've said before, going to food pantries makes one feel they are on The Food Network's Chopped show, finding themselves with unfamiliar food and finding a great way to use it!  One can either stomp their feet and complain about their lack of a food budget... or make it an adventure.

Now... to answer a few questions before I forget them:

Regarding the Amazon credit... yes, I do receive credit in two ways.

The most common way is to come to the blog and click on any book or item in the Amazon Widget to do your Amazon shopping.  You don't have to purchase the item you've clicked on.

You can place numerous items in your Cart without coming back but once you check out, you would have to enter Amazon once again through the Widget.

The second way is to click on the link if I've given one on a specific book or item.  I don't make a link every time as it is rather a pain.

I still haven't figured out how to use the new embedded HTML link system at Amazon that many bloggers use.  It replaced the Amazon box that made linking so easy before Blogger upgraded a couple years ago and got rid of it.

I've even corresponded with Amazon and couldn't figure it out, and I'm usually pretty good at computer "stuff".  So... I form the link by clicking on the item in my Amazon widget and then copying that link.  It works.

I appreciate all of you who take the time to enter Amazon through a link or the Widget.  Then... to Pay It Forward... I have two homeschooling friends whose Widgets I go through when ordering, trying to balance out between the two.  :)

Yes, I will put the recipe for the cinnamon bread on the Recipe Blog as soon as possible.  I want to make it again and have a picture.   I hate to say this, writing about deepening the pantry and all... but I'm out of regular white sugar.  I have brown sugar but it doesn't work in that recipe.

The long promised Noodleables recipe is sitting by the computer to put on the Recipe Blog, probably within the next couple of days.  I have already made it and have a corresponding picture.

I will have to check out Meijer's for their heavy clear jugs of water and I hadn't thought of those glass cider jars.  That would be a great excuse for buying the cider (yum).  My friend who lives in the desert of New Mexico also stores most of her water in two liter pop bottles that have been washed out.

When we were living in the Detroit area on 9/11, she offered to have us come stay with her if necessary.  I told her I'd rather deal with terrorists than rattlesnakes and scorpions in my house.  :)

I know there are many items specifically made for long term water storage available online.

My wheat grinder is from the 1990's and they don't make that particular model, anymore.  I think my daughter has a Whisper Mill.   There were many changes in models since we both purchased ours so I can't recommend a specific brand.  However, I'd definitely invest in an electric wheat grinder if you plan to use it a lot.

Although... there are some very nice hand cranked grain grinders on the market now.  I'd love to have one for a back up but a good one will cost about the same as the electric grinders.  I'd suggest looking at Lehman's for anything nonelectric.

My wheat grinder also will work with dried beans to make bean flour.

I don't know of any product that both grinds wheat and grains that also makes a nut butter.  Perhaps Vita Mix owners can leave a comment if it does both.

That's all the time for now!
Posted by Brenda@CoffeeTeaBooks at 1:40 PM

I have frozen the presoaked beans and then used them at a later date. I generally just cook them all and freeze them precooked however. I like to do whole bags of garbonzos, blackeyed peas, etc. in the crockpot. They are good to have on hand for soups and salads in a hurry. :)

The Champion Juicer we have grinds both wheat and a few other grains, plus has a nut butter attachment to it.

We've had it for 30 years and it still works fine. Juices, grind grains with the attachment, makes nut butter with another attachment, and makes ice cream from frozen fruit.

We purchased a NutriMill that we use primarily now, but keep the "old and sturdy" Champion Juicer for juicing and frozen fruit ice creams (no other ingredients - just the frozen fruit).

So glad everything turned out good on your insurance.

I've always just soaked beans on the counter instead of the fridge, but would still forget to put them to soak the night before. Now I often use the "boil and soak" method--put your unsoaked beans in the pot, cover with water, and bring to boil. Turn off the heat, cover, and let soak for a couple of hours. Drain, add new water and/or stock, and cook as usual. Really a time saver when I forget the night before.

I also use the crock pot for cooking beans. My Vita-mix can grind anything and it is 26 years old! Dee

We are thinking of getting an attachment for the Kitchen Aid to grind grain.

Do those fire roasted tomatoes from Progresso have any heat in them? I have a can and I don't think so, but why the name and you do say you're making a chili. My hubby doesn't like too much heat in his food and I can get in trouble for going overboard.

If we never try anything new how will we know what fun foods and great things are available? Good point!

I decide to make soup "on a whim" so I am thankful to always have pre-soaked beans in my freezer. Today I picked up a pkg of reduced-price lamb bones for about $3. Chopped some celery that was starting to wilt, onion, carrots, some rutabaga and s&p and simmered for several hours. Ummmm, good. A bit of lamb gives a lot of flavor. As for the kitchen aide wheat grinder, I found it did not grind as finely as I like but I did use it for a number of years until I bought my nutrimill.
I wish you lived next door. I would love to share an extra bag of sugar w/you.
Vicky

I really appreciate The Everlasting Meal. I don't know that I would do all that Tamara does, but she gives me another perspective on thinking about food....And I love the way she deals with greens so as to prevent waste. A lot of wonderful ideas.