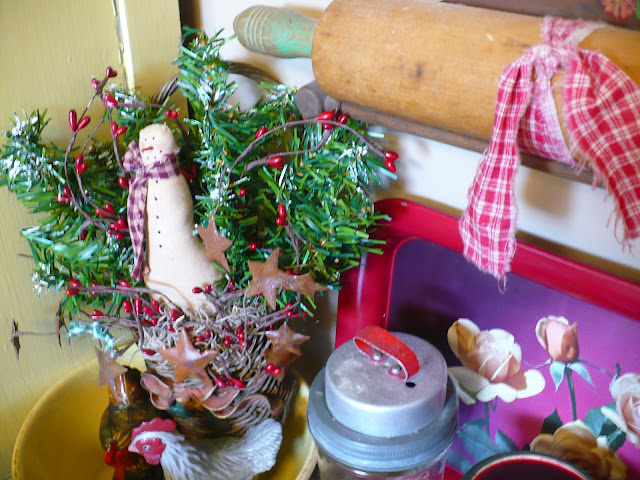 Tuesday was as quiet as Monday was incredibly busy.  Just to make certain I stayed quiet, I spent the day in my nightgown and favorite flannel housecoat!  One can't get too carried away with their "To Do" list when wrapped in flannel.

Hubby was invited to a preseason basketball game at the University last night.  His friend has season tickets (to everything it seems) and his wife wasn't feeling well so Hubby went along with him to the game.  The ticket prices are far out of range of our budget so he very much appreciates when he gets to see a game.

Sometimes, if his friend and his wife are going to be out of town, he gives both tickets to Hubby so he can take Christopher to a game.  It's a great father-son outing, especially if our team wins.  They went together to a game just last week.

All that to say... when I found out he would not be home for dinner, I changed the menu to hummus and Scoops (bowl shaped corn chips for those who do not have access to Frito-Lay products).  The soup and a salad will be tonight's dinner.

Oh, about the soup recipe... rice works fine instead of orzo but I'd cook it before adding to the soup.  Actually, I think it was Rachel Ray (on her show where she cooks ahead for the week) that suggests cooking any rice or pasta ahead of time before adding to soup and storing them separately if not served immediately.  This keeps the broth from being absorbed by the carb... good advice.

So... it was Lady's Night In for Victoria and me.  I enjoyed the hummus and watched a Christmas DVD while she curled up on my flannel housecoat.  Hot apple cider (from a K-cup) was being sipped and Rudolph the Red Nosed Reindeer was on TV when hubby pounded on the front door (he forgot his keys).  Poor kitty, she was quite taken aback by the noise.

I remarked to Victoria this morning... in Someone's presence, of course... how quiet the house becomes when it is just the two of us.  Someone remarked that it is the Marthas of the world (whether they are male or female, as Someone is obviously a male) who tend to make a lot of noise because they are always doing something.

Hmmmm... that will take some pondering.

This is once again a work day... laundry is finished, folded, and put away.  A promised batch of peanut butter cookies are sitting on their cooling rack.  The baking dishes have been soaking in sudsy water while the breakfast dishes dry in the red drainer.  The camera and Victoria's allergy medicine are both out, reminding me of gotta do's still undone.

Life goes on...
Posted by Brenda@CoffeeTeaBooks at 1:55 PM

Sounds like a perfect kind of day. I love puttering and just loving up my house as Alexanrda Stoddard would say. Favorite bathrobe kind of days are the best!

I am in our store today...it's quiet but that is okay I need it today.

Our big Ladies Tea last evening and the loss of our dog, have me exhausted.

I could use a Pajama day!

Well, the "marthas of the world" can surely find ways to be quieter, eh?? Who would not mind more time to be a mary, eh?? Sounds very asperger-ie to me...heh, you can tell I have some experience too??

I like some time like you had frankly...especially if you have a sweet little pet to curl up with!! Oh I miss our doggie!!
Elizabeth now in VA

Your day sounds like one I'd like to have tomorrow. I may get up and shower and re-dress in jammies and my Christmas red housecoat. Love those kind of days.

I had never heard about the broth being absorbed by the rice, but it is true now that I think about it. Hope that I remember that tip for future soup making.

Things are moving ever so slowly here. I hope to have come to a place today where getting going tomorrow won't be such a chore. John calls this ending on a high note. Now I'm off to pop some pills into Molly and into myself and head for an early night so I can read. I'm so enjoying bedtime reading just now.